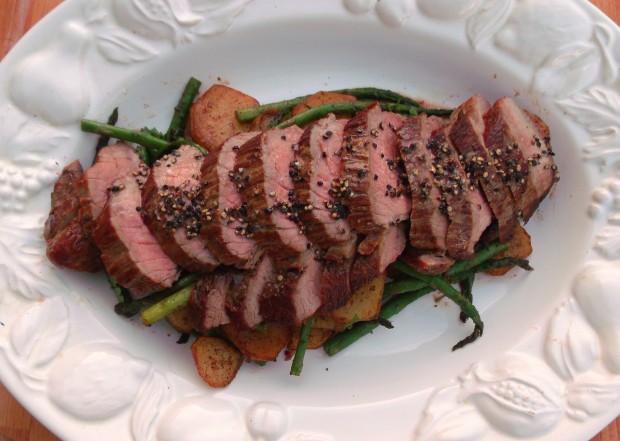 While  you can use just about any flat cut of beef to prepare  London Broil,  “Teres Major” (or Faux Tender) was what I had on hand today. It was perfect for the cooking method of London Broil – VERY slowly broiled on both sides until rare, then rested for another 15 minutes, lightly covered, during which time the carry-over heat took the meat to a beautiful, even medium. (Contrary to most folks, I like to cook the tougher cuts of meat a bit more than rare, somehow the texture appeals more to me.
On the other hand, cuts of meat which are more tender, are always served med-rare or rare at my house, unless I have guests who prefer otherwise.
(My guests always play the first fiddle) 🙂
Accompanied by sauteed potatoes and green asparagus, this was a wonderful, tasty and somewhat rugged meal greatly enjoyed by Bella and myself.
>
Bon Appétit !   Life is Good !
>
>
> 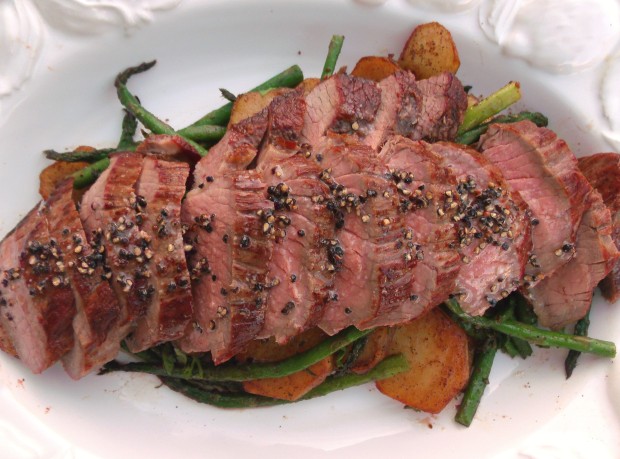 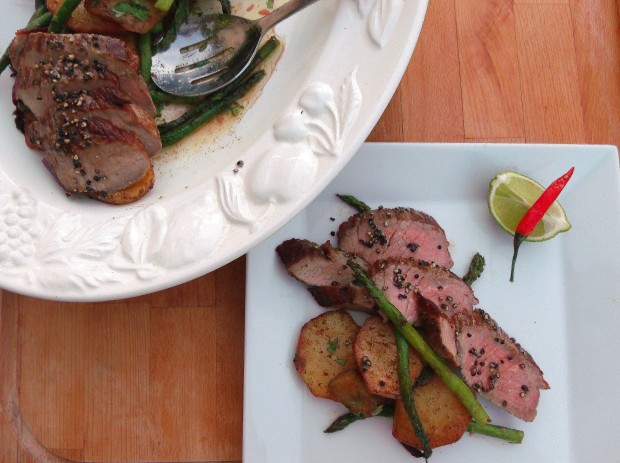 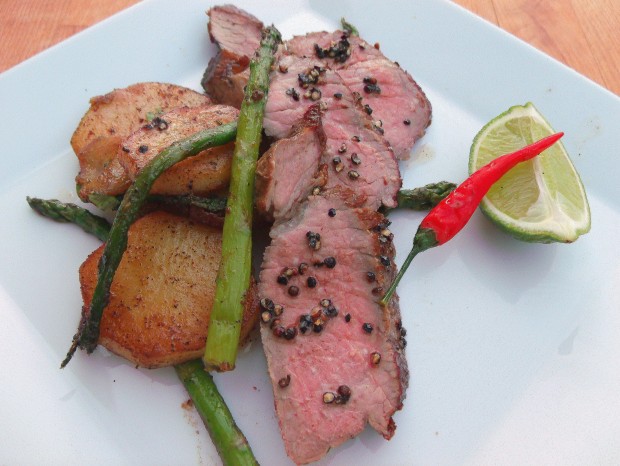 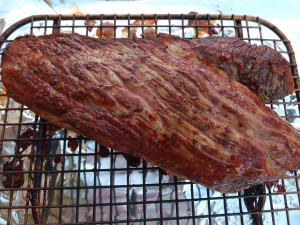 season 2 lbs of beef of your choice with kosher salt to taste, broil under low heat on both sides to your preference of doneness, let rest for at least 15 minutes 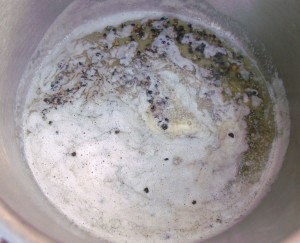 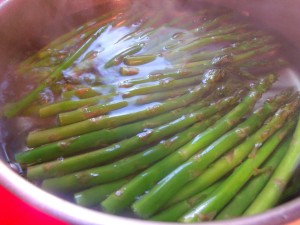 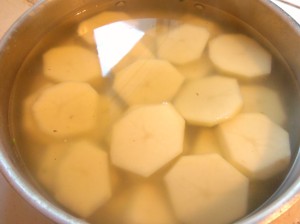 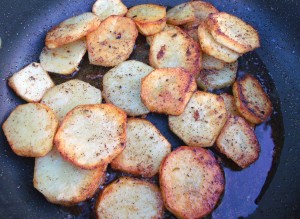 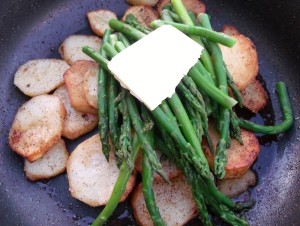 when potatoes are golden, discarg the oil, add the asparagus and 2 oz whole butter, saute until asparagus are heated through 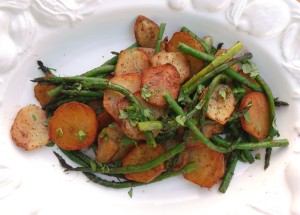 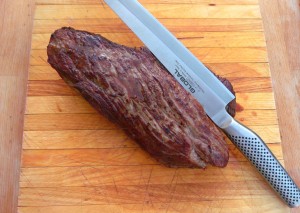 slice the beef into 1/4 ” slices, top the potatoes/asparagus with the sliced meat, drizzle with the pepper-butter; serves 4 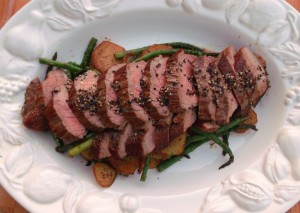 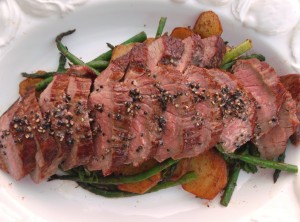 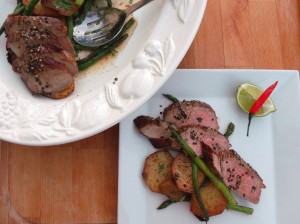 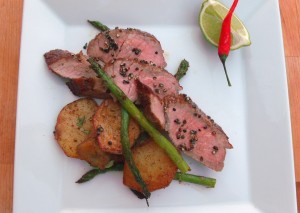 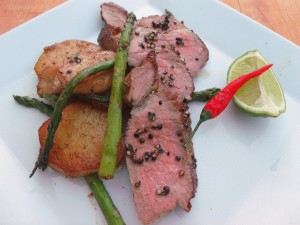 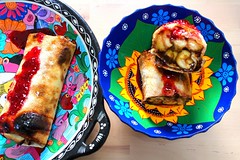 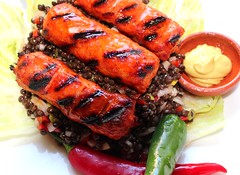 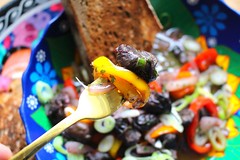