>
>
For  most folks with ordinary disposable income, it used to be that “Surf & Turf ” was a “special occasion dish”, something you ordered on your anniversary or birthday at that special place you went to once or maybe twice a year. As for myself, ditto, – plus I would not normally think of cooking meat and seafood at home for one dish, it is usually  Either – Or .
It just so happened tonight that I had a craving for shrimp and steak. Since I live alone with Bella, it felt okay to just serve everything at once, instead of eating it divided into three courses, as would be more traditional and “proper”.
So, instead of the menu being:

It was rather simply : 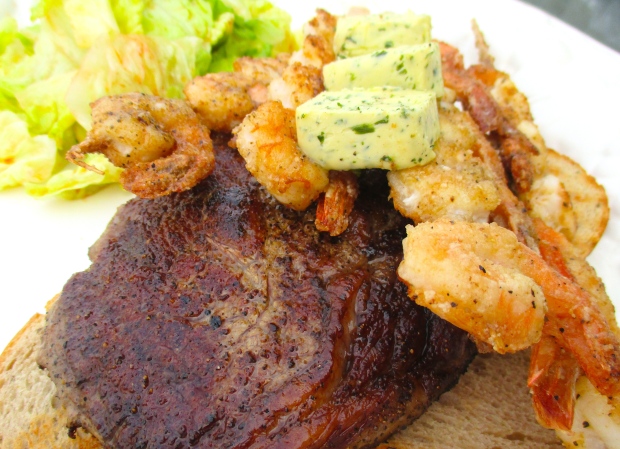 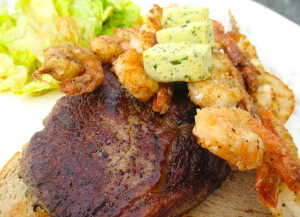 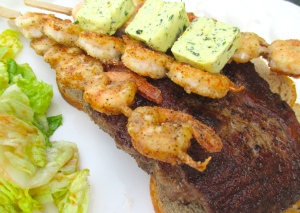 >
>
Surf  & turf, much different from your standard steak and lobster with fries. Different, but definitely not less delicious, maybe even more so and for sure more interesting 🙂
Thinly sliced striploin cutlets, cod filet’s, curried lentils and coconut rice, what a great combination of textures and flavors.

bring 1 cup well washed basmati rice, one cup water and one cup coconut milk to a simmer, season with salt and white pepper 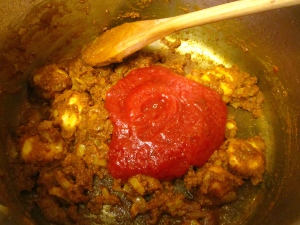 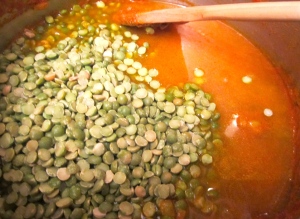 add lentils which have been soaked overnight, simmer until tender, season with kosher salt 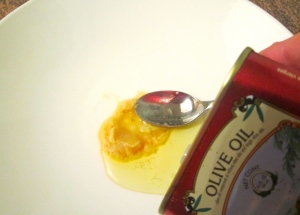 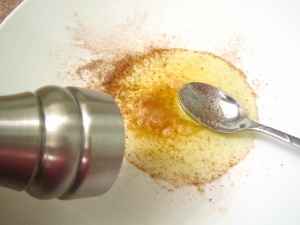 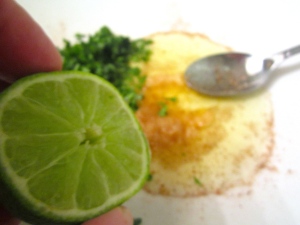 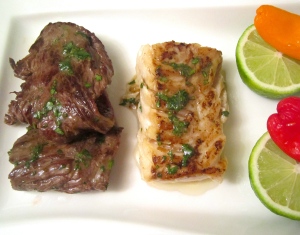 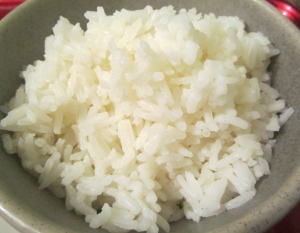