“
“
Usually,  when we think of the combination of shrimp and coconut, Asian food is foremost in our mind. Lately, every publication seems to have a preference for food with an Asian origin or at least an Asian  influence. While I am a huge fan of Asian food, I am also very fond of the food from our closest neighbor, the Caribbean. Here now is a shrimp and coconut soup I had first put on the menu while I was working in Negril, Jamaica in the late 80’s. (How time flies when you look back) 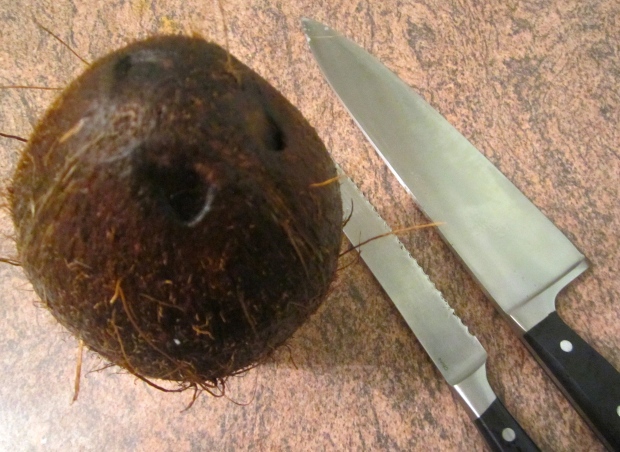 to split the coconut, saw a small incision around the outside of the coco, then crack it with the back of a large chef’s knife or machete (I live in Florida where it is normal to have a machete in the house) 🙂 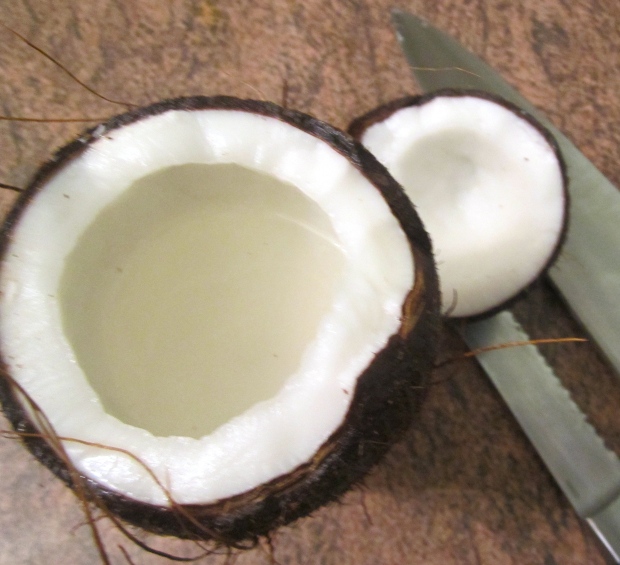 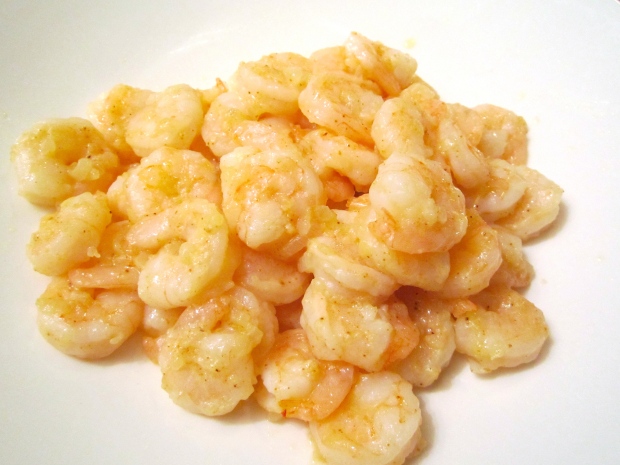 deglaze pan with dark caribbean rum (careful, it might ignite)

add diced cooked potatoes, corn and shrimp, heat through and remove from heat, don’t let it simmer again or the shrimp will  get dry and tough