>
>
Dear  Friend’s
Although most of my followers are culinary professionals, there is also a large segment of followers who are just starting to enjoy cooking on a slightly higher than basic level. I have therefore decided to publish, under the moniker “Easy Does It“,  from time to time some very basic recipe variations of dishes which otherwise might seem complicated to some folks. I will break them down to the easiest, most simple instructions, so that those of you who are intimidated by elaborate recipes will be able to prepare these dishes properly, adjusted to your taste and liking, right from the get-go.
Enjoy

>
>
Salad made with cucumbers, sour cream or yogurt and dill is served in many countries, of course under  many different names but with basically the same ingredients. I grew up in Swabia in Southern Germany, were gurkensalat was part of many meals, either served as part of a mixed salad (salat teller) or by itself as accompaniment to a main dish. It is made with cucumbers (any type), salt, pepper, a dash of sugar, vinegar and either sour cream or yogurt, . 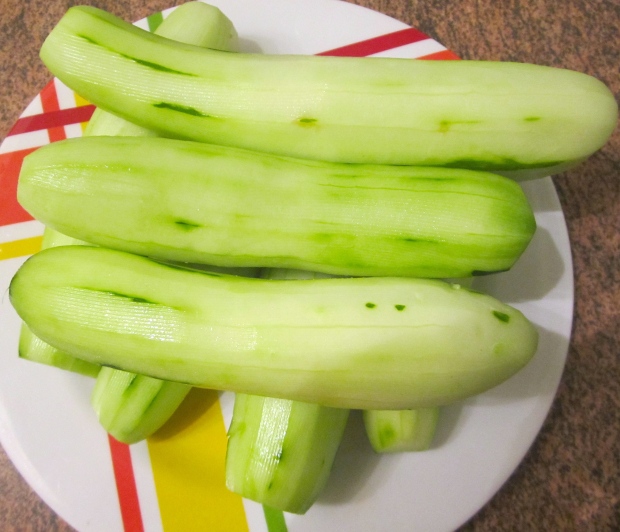 squeeze as much moisture from cucumbers as possible, discard liquid 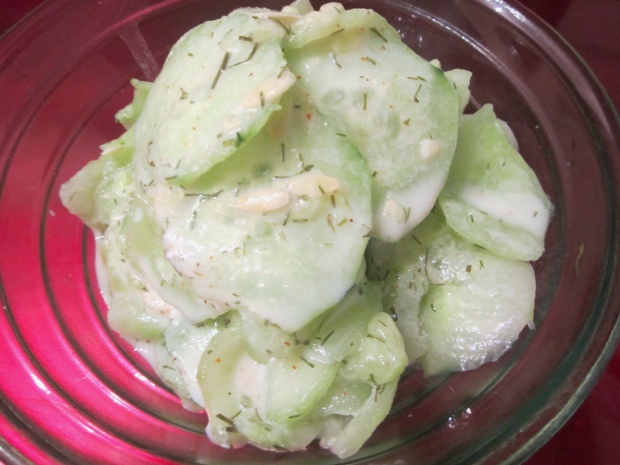 Dear Friend’s, to help support this blog, please be so kind and click on the video on the bottom of this page.
(You don’t have to watch it, just click once)   Thank you 🙂
>
>
>
>
>