I grew up eating this dish often, it used to be  a popular dish in southern Germany.
Eating habit’s have changed over the past few decades since I was growing up there,
so who knows, maybe , like so many other wonderful classic dishes, it too has
disappeared from today’s “modern” menus  😦
. 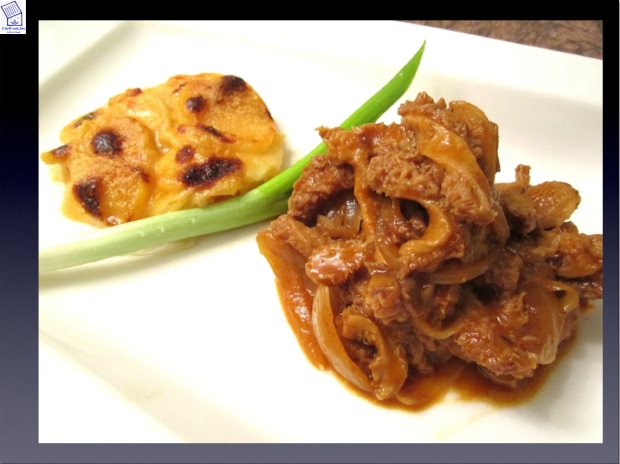 Blanch the tripe, starting with cold, vinegared, salted water, twice. The third time, simmer until tender. Don’t overcook ! In my opinion, the tripe should still have a bit of a bite to it.
Strain, rinse. Saute the onion, garlic and caraway seed’s until fragrant. Deglace with rum, add demi glace, tomato sauce, vinegar, let simmer for 5 minutes. Add tripe and simmer for another 10 minutes. Season with salt and pepper to taste.
Serve with pasta, potatoes or a rustic bread.